On Sunday 25 September the “Family Day 2022” took place in I.S.A.C., an internal event attended by our 35 employees with their families: children and partners first of all, and, for younger workers, their parents.

It was a day where above all the children were able to really get to know where their father or mother spends many of the hours away from home and, for adults, a way to give a concrete identity to the profession and the environment in which it operates. your loved one.

Above all, it was an opportunity to celebrate all together the excellent results that our company, which has been forging steel parts for almost 50 years, is achieving in terms of growth, thanks to a recent expansive policy of product diversification and the sectors served, and above all of increasingly direct sales abroad.

The day was held under the banner of an in-depth guided tour inside the plant: it was above all the robots, used in the automated process to move the steel pieces in the various production phases, which captured the curiosity of the little ones.

The guests also included the Mayor of Busano – where the company is based – Mr. Gianbattistino Chiono and the Deputy Mayor Mr. Leonardo Corbo, and the Mayor of the nearby Municipality of Forno, Mr. Gaudio Alessandro.

Then followed the blessing of the Deacon, Don Giorgio Masseria.

To open the most exciting and celebratory moment were the words that our founder and President Silvano Grivetto addressed to his employees whom he defined as “his extended family” and to whom he recognized the merit of this affirmation of the company in the forged sector. Alongside his children Ombretta and Giorgio, who manage the company with him. He then called the 20 most senior employees to assign each one a plaque as a sign of gratitude and a prize.

Many moments of hilarity and lightheartedness, the bocce competition organized in the warehouse and which involved all 120 guests and the magic shows for children and adults.

Emotion, empathy and joy were the emotions that pervaded this first “extended” internal event, underlining the special amalgamation that reigns in the company between employees and owners. A day that will certainly be repeated soon. 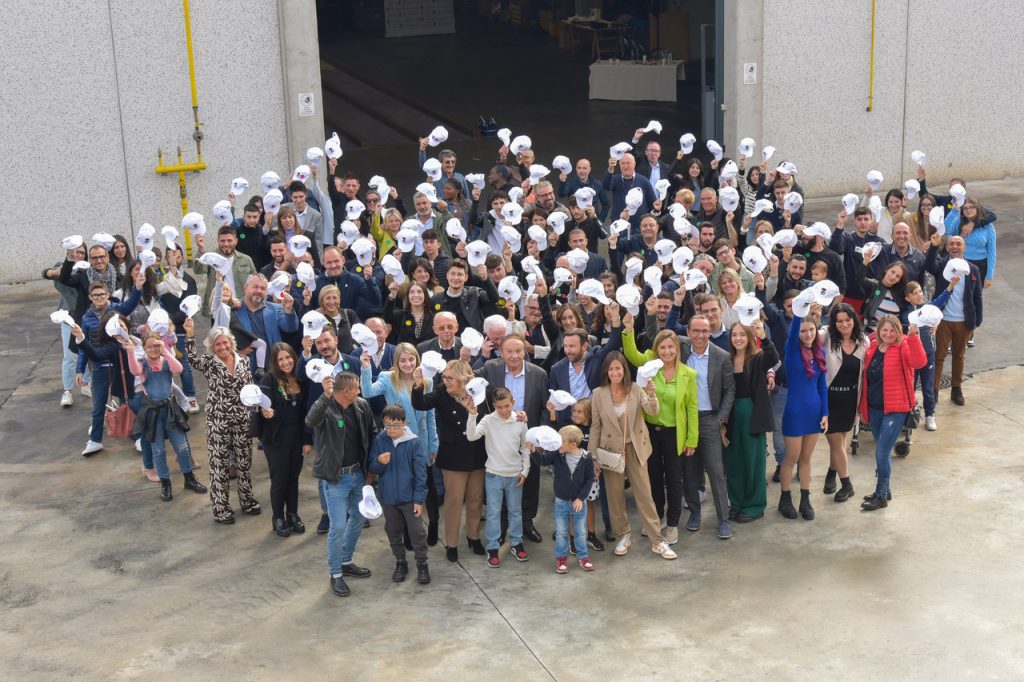 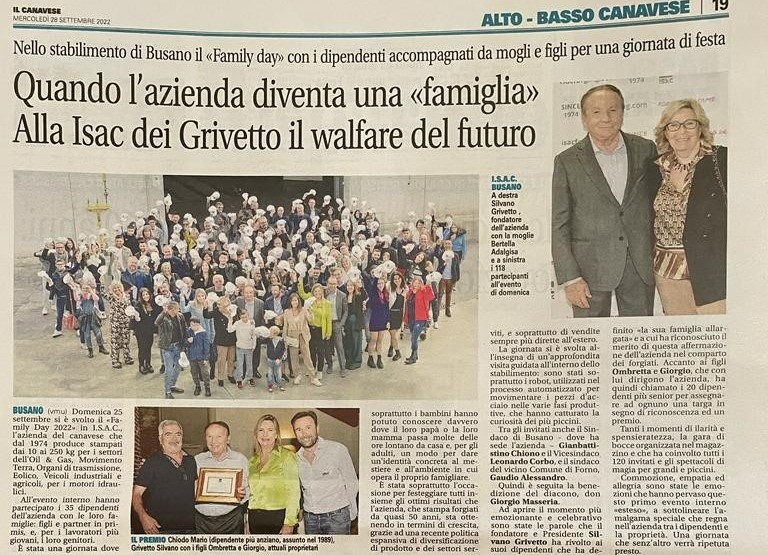